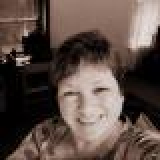 I live in Cornwall, England and have done so for the last twenty-one years. I moved with my mother and daughter in 1997 from Nottingham. It is here in Cornwall God still continues to do His greatest healing in my life. I live in a small bedsit with my now elderly dog Cindy.