In my early years, the Kingdom Hall was spiritually grounding for me. My mother and Father introduced me to God at a very young age. It wasn’t until my late teens that I began to realize that the God that what my parents introduced me to was the God of the Jehovah’s Witnesses. He was God no other place except for being God of the Watchtower. Nevertheless, I was willing soldier ready to die for what I thought were my own beliefs. I was religiously preoccupied and a zealot for the Jehovah’s Witness organization. This would lay a foundation for the diagnosis I would receive many years later: Bipolar 1 depression with hyperreligiosity. My illness was exacerbated by trying to keep up the demands of the leaders of my high control religious group. I have suffered many losses as a result of my decision not to go back to the religion( finances, community, family, business contacts etc.) Over the last year, I have run into Jehovah’s Witnesses who are supporting the decision by the Leadership to shun me as a ” spiritual leper” which means actively ignoring me. Some say that when a Jehovah’s Witness is excommunicated or “disfellowshipped”, that it feels like a death in the family. The Leadership of the Jehovah’s Witnesses has convinced their followers that shunning is a loving practice, designed to “wake the person up “to their senses and come back to the organization. ( Watchtower, April 15,2015).

I remember a few years ago, I was going back to the meetings to be reinstated back as a Jehovah’s Witness and I was told by the elders that I was not ready to become a Jehovah’s Witness again. A year before they would accept me back into the congregation. The elders showed me a few scriptures during that meeting that were out of context but I called them on it. They also told me that I had to wait for a little over a year. They told me that if my husband took the family in service more than it may speed up the process It is my belief that it is not until Jehovah’s Witnesses go through the judicial system that many began to realize that something is wrong with the religion. Though my judicial committee was unnecessarily traumatizing it was my reinstatement meeting that “woke me” up. It was only then that I realized something was wrong and begin to reexamine my faith.

The leaders refused to let me back in the proverbial “ark” for years. To me, that was worse than kicking me off the ark. A few days later after the judicial decision, a sister who was having doubts asked me whether I believe in the 1914 doctrine taught by the Jehovah’s Witnesses. I replied no. As she was telling me that she didn’t either I fully expected to go to this website to call out the author as an apostate. Instead, my eyes were open. I knew that they were wrong about Jesus being established as king in 1914. But could they be wrong about the heavenly hope? I bought a new bible as the New World Translation Bible that I grown up with I discovered had many errors. From the point on I was determined to research their teachings. In my mind, if the Bible I was reading was badly translated then the teachings had to be off. I went months of just studying with a few other active Jehovah’s Witnesses online in a forum. My journey climaxed with giving my life to the Lord in August of 2014 and being rebaptized in a Church in August of 2017. 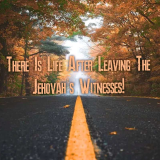 Ex-Jehovah's Witness for Christ. ExJW activist and involved in a prayer,bible study, outreach ministry.Copyright Â© 2016 by Shannon aka Spencer Tyler All rights reserved. No part of this publication or blog may be reproduced, distributed, or transmitted in any form or by any means, including photocopying, recording, or other electronic or mechanical methods, without the prior written permission of the publisher, except in the case of brief quotations embodied in critical reviews and certain other noncommercial uses permitted by copyright law. For permission requests, write to the publisher, addressed â€œAttention: Permissions Coordinator,â€ at our mailing address. Please use the contact page to contact us for more information or questions. Photos(other than logo and private pictures) are not mine and can be reproduced.
We are Ex-Jehovahâ€™s Witnesses For Christ.

Through our 20 years of street evangelism as Jehovahâ€™s Witnesses, we have seen firsthand the brokenness of the cities that we travel to. We are involved in a Prayer, Bible study and Outreach ministry that blossomed out of our own seasons of providential brokenness. We are seasoned speakers with over 10 years experience in conducting ministerial training, coaching and conducting private Bible study in home groups to train others to spread the Gospel as Jehovahâ€™s Witnesses.
We now visit hospitals, nursing homes, mental institutions, and even the streets. Simply put, we go where the people are and where the church is hurting most. It is our sincere desire to do what God has placed in our hearts for ministry. If you or your church would like to partner with our ministry, please contact us at healingforthesoulministry@gmail.com or see https://healingforthesoulministryevents.wordpress.com.