We were discussing the doctrine of sin, and one of my students asked me: “What do you think of generational curses?”

This depends on what you mean by a generational curse. If a person means that a person can be socialized to learn sinful habits from parental influence, then the idea makes good sense (although such an idea doesn’t require the label of “generational curse”).

However, it seems when people use the phrase “generational curse,” they generally have in mind the idea that a person is experiencing “spiritual bondage” that involves demonic influence as a result of sin in previous generations.

Where does this idea come from? The main biblical text is:

Exodus 20:5 ~  “You shall not bow down to them or worship them; for I, the LORD your God, am a jealous God, punishing the children for the sin of the fathers to the third and fourth generation of those who hate me, but showing love to a thousand generations of those who love me and keep my commandments.” (There are verses others like it that are very close in wording.)

There are many problems with trying to get the “generational curse” theory out of this text. First, while it affirms punishment for numerous generations, it also affirms God’s love for those who obey him.

Rather than teaching a logic of generational cursing, this text seems to be contrasting the expansive love of God (to a thousand!) versus the punishment of God (to just a few). Consider also Exodus 34:6-7.

2. The One Thing Missing

3. A Curse for No Generations

Of course, there are other biblical texts that might point to the idea of generational curses. Consider, for example,

However, unlike the text from Exodus above, there is here no sense of generational continuation from the curse.

Furthermore, numerous biblical texts (even in the Old Testament!) make it clear that “The child will not share the guilt of the parent” (Ezekiel 18:20).

Just to be clear, I am not denying that demons have real influences in this world. I am, however, denying that the Bible teaches that generational curses exist.

More importantly, (and here I agree with those who talk about generational curses), I would certainly affirm that God can (and does!) set people free from all kinds of nasty habits or oppressive thinking. One thing we can proclaim with certainty is that whatever curse there was for not obeying the law in the Old Testament (see above), “Christ redeemed us from the curse of the law” (Galatians 3:13). 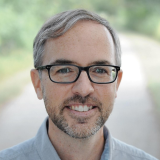 3 replies on “3 Problems with the Theory of “Generational Curses””

There is a psychological term called generational trauma which describes the effects of loss, abuse notably in indigenous peoples but can be seen more broadly. https://www.psychologytoday.com/blog/the-me-in-we/201205/how-trauma-is-carried-across-generations

I agree with you that there is not a â€œcurse” as many might think of a curse implied in this text. However, the idea of generational sins is prevalent throughout the Bible and in our lives today (Davidâ€™s lust for women, and Solomonâ€™s lust for women; also the amount of data that correlates increased risk for divorce if the parents were also divorced; addictions, too). And to me that is what this text is referencing. Personally, I struggle with extreme selfishness, that I see now, I learned from my parents. The argument can be made that this may be just simply be sin nature to which I could concede.
And I would completely agree that whatever sin you struggle with, whether learned from your parents or not, Christ has already set you free from, and you must simply (yet more difficult to actually do) live in that freedom.