In 1998, my family organized an intervention to encourage me to seek help for my alcohol dependence.

I was shocked to know that all of them thought I needed help to stop drinking. The first question I blurted out after hearing them talk was: “Am I an alcoholic?”

It was an honest question because all the while I thought I just loved to drink to relieve stress, but not to the point that I was addicted. Apparently, most alcoholics do not recognize the problem themselves.

Long story short, I joined Alcoholics Anonymous and it completely changed my life.

Finding God in My Recovery

Alcoholics Anonymous (AA) is famous for its Twelve Steps which is the backbone of the fellowship. As a Christian who believes in God, albeit one who lost her way, these steps spoke to me because they stress the importance of relying on God as key to recovery.

Below are the specific six AA steps that helped me rediscover God, and in the process led me to discover the path to healing.

Step 2: “Came to believe that a Power greater than ourselves could restore us to sanity.”

Before joining AA, I tried several times to stop drinking. I told myself that it is just a matter of willpower, which is why I was in despair every time I failed. I hated myself for not being able to quit.

The second step of AA made me realize that I cannot quit without divine intervention. I had dug a hole so deep that I needed God’s help more than anything. As John 15:5 says, “… apart from me, you can do nothing.”

As I struggled with alcoholism, I learned to acknowledge my limitations. I was educated, well-off, and popular, yet I still was lured into the trap of alcohol dependence. How could I trust myself or other human beings as imperfect as me to restore my sobriety? Only an all-powerful and all-knowing God could make this happen.

Step 3: “Made a decision to turn our will and our lives over to the care of God as we understood Him.”

I went through a long process of denial, anger, and hopelessness before I finally admitted to myself that it is time to surrender my addiction and my whole life to God’s care once again. It dawned on me that steps 2 and 3 are actually related. If I accept God’s sovereign power then it makes perfect sense to yield myself completely to Him, right?

I soon admitted all my faults and weaknesses and acknowledged His power to turn my life around. The moment I surrendered every aspect of my life to God, it felt like a heavy load had been lifted off me.

I experienced Psalm 46:10, firsthand, “Be still and know that I am God.” It was a peace I hadn’t felt before.

Step 5: “Admitted to God, to ourselves, and to another human being the exact nature of our wrongs.”

There’s a saying in AA that, “We are only as sick as our secrets,” and I found it to be true. The more I kept to myself, the more the guilt, fear, and shame ate me up.

Admitting our faults to God in prayer is different from telling another person of all our wrongdoings. When we only confess to God, we can still go on walking like we were high and mighty even if we are rotting inside.

It was a lesson in humility. This step was probably the hardest thing I have ever done in my life. But I felt liberated after doing it. I believed that God also used this time to chip at my ego and pride.

Step 6 & 7: “Were entirely ready to have God remove all these defects of character” and “Humbly asked Him to remove our shortcomings.”

I started my prayer journal during this time. I lifted up in prayer all the destructive things I had done because of my addiction and the sins I had committed. I wrote them down in detail and asked God to give me the grace to overcome each one of them.

This process gave me the chance to be sensitive to God’s moving in my life. I made it a point to record how God helped me, little by little, in overcoming my defects. Today, I still have my prayer journal to chronicle how God is helping me to persist in growing in virtue.

Step 11: “Sought through prayer and meditation to improve our conscious contact with God as we understood Him, praying only for knowledge of His will for us and the power to carry that out.”

Personally, this step is essential for the happiness and satisfaction of everyone, not just recovering alcoholics like me. Thanks to my recovery journey, I learned the power of prayer. Praying not to ask for favors but solely to ask God what He wants me to do and, more importantly, to listen to His prodding.

Jeremiah 29:11 says, “For I know the plans I have for you,” declares the Lord, “plans to prosper you and not to harm you, plans to give you hope and a future.” For many years, I had tried living my life my way and it brought me to despair. Now I know that the One who created me should be in charge because He alone knows my purpose in life and how I can fulfill it.

Is Recovery Possible While Excluding God?

There are many studies that support the effectiveness of AA’s treatment approach. As the years go by, however, and as the world becomes more secularized, many non-believers are finding the “God part” in AA uncomfortable. As a result, there are alcoholic support groups now that pledge to offer the benefits of AA, minus the spiritual content of AA.

I find this odd. I have met countless alcoholics who were able to stop their alcohol dependency precisely because they relied on God’s healing power. Note that most of these people also tried “scientific” treatments and entered secular rehabs to no effect.

God is the missing key to successful and long-term recovery. How can one be healed without the ultimate Healer?

People who allegedly believe in science rather than “fairy tales” (God) would argue that the effectiveness of AA is due to non-religious factors: meetings, helping one another, etc. My response would be how can they be certain that it is not because of God’s power?

The original AA approach has been effective all over the world because of the God-factor. I am a living testament and so are many of my fellow recovering alcoholics. No study can “measure” God because if He is measurable then He is not God.

All good things come from God because HE is goodness Himself. Recovery from addiction is essentially good. How can it be possible to achieve this good without tapping into the source of goodness?

When one excludes God from the recovery journey, what’s the point? Without anchoring ourselves to our Creator, who shows us the real purpose of our lives, everything becomes meaningless.

I am grateful for the spiritual aspect of AA because it not only helped in my recovery but it also made me a better person. Paradoxically, I discovered that the more I surrendered my will and entire being to God Almighty, the more I had the strength to overcome my addiction. Indeed, His “grace is sufficient for us, for His power is made perfect in weakness.” (2 Corinthians 12:9). 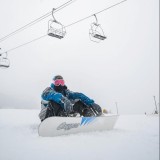 Patrick Bailey is a professional writer mainly in the fields of mental health, addiction, and living in recovery. He attempts to stay on top of the latest news in the addiction and the mental health world and enjoy writing about these topics to break the stigma associated with them.

9 replies on “Can I Recover from Alcohol Addiction Detached from God?”

Great web site. Lots of helpful information here. I am sending it to several buddies ans additionally sharing in delicious. And certainly, thank you for your sweat!

Almost all of what you state is astonishingly accurate and it makes me ponder why I hadn’t looked at this in this light previously. This article truly did turn the light on for me as far as this particular subject matter goes. However at this time there is actually one factor I am not too comfortable with and whilst I try to reconcile that with the actual core idea of your position, let me observe what all the rest of your readers have to point out.Well done.

You made some respectable factors there. I appeared on the internet for the difficulty and located most individuals will go together with together with your website.

Hey there this is kinda of off topic but I was wondering if blogs use WYSIWYG editors or if you have to manually code with HTML. I’m starting a blog soon but have no coding experience so I wanted to get guidance from someone with experience. Any help would be greatly appreciated!

Audio started playing anytime I opened up this internet site, so irritating!

Hiya very nice website!! Man .. Beautiful .. Wonderful .. I will bookmark your blog and take the feeds also?I’m glad to seek out numerous helpful information right here in the put up, we need work out more strategies on this regard, thanks for sharing. . . . . .

I agree and I relate to a lot of what you expressed here!

Well, sorry but I didn’t found this question very wise or brilliant.