In many countries, Father’s Day is celebrated every third Sunday of June. There are many ideas about fatherhood. Fathers everywhere have endless words of advice to share with fathers-to-be. The Bible has some words to share about fathers. Here are some insights:

From the verse, we gather that “exasperate” and “provoke” is the opposite of nurture and admonition. Fathers should not have the habit of infuriating or intensely irritating their children. Instead, they should be nurturing and admonishing towards them thru the guidance of God’s Word.

To nurture is to care. Fathers must show care and to show it in a way that their children understand. Hard love is sometimes necessary. But at all times, a father must ensure that there is indeed love in how he deals with his children.

To admonish is to advise and to warn. Fathers must not hesitate giving advice to their children. Guided by the Word, he must ever be ready to give insight when it is needed and to give rebuke when it is warranted.

2. Fathers are to discipline their children in love.

Proverbs 3:12 says, “For whom the Lord loves He reproves, even as a father corrects the son in whom he delights.”

From the verse, we gather that love is the foundation and the reason for rebuke and discipline. Fathers and yes, mothers, are not to discipline out of anger. For those who believe (as the Bible does) in a physical form of discipline, it must never be done as a reactive response. A reactive response is” we hurt somebody because that somebody hurt us; we shout because somebody else shouted at us. Discipline is not like that. It is a proactive response. Fathers (parents) discipline their children in order to reinforce teaching and so that the error hopefully will not be repeated again.

3. Fathers are to show compassion on their children.

The Bible has more to say. In many points, the seeking father will learn that he should pattern his fatherhood after the Great Father- the Loving One, the Forgiving One, and the Strengthening One; from whom he will get strength and guidance in order to be better at fatherhood, one day at a time. 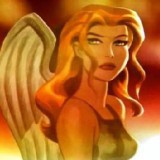 3 replies on “What Does The Bible Say About Fathers?”

This is a touching and much needed post about the importance of fathers. Just recently I have been having Holy Spirit speak to me on this subject, about how so much of what we see is a direct result of fatherlessness in this nation and world. It is tragic and heartbreaking.

Dads, you are so very powerful. Your love and presence (or lack thereof) changes things. You are a blessing.

Thank you for writing this article and shedding more light on a topic that needs to be heard. Be blessed, Ana! (hug)

THANK YOU FOR POSTING–A GREAT ADDITION TO MY OWN ATTEMPT AT FATHERS DAY POETRY!