Some of the sharpest, most bitter arguments the church has ever had have been about the meaning of the meal which Jesus shared with his friends the night before he died, and of the similar meals, his friends have shared ever since. In the sixteenth century, in particular, these arguments exploded in several directions as Christians accused one another of perverting or even undermining altogether the point and purpose of this meal.

That is tragic, of course, but the present passage indicates that we should not, after all, be surprised. The story of Jesus sharing the bread and the wine, in those four brief verses 26—29, is surrounded by the discussion of the betrayal that was about to happen (verses 14—16, 20—25) and the warning that all the disciples would abandon him, and that Peter, particularly, would deny him (verses 30—35). Perhaps it is always so.

Perhaps, whenever something truly and massively important is afoot, it becomes the place where attack is concentrated, where Jesus’ friends will be distracted by so many immediate muddles and concerns that they risk missing the glorious thing that stands quietly in the centre, the gleaming diamond in the middle of the rubbish-heap.

And diamond it is — with many facets, reflecting light all around. This meal, this Passover-with-a-difference, was the way Jesus chose to explain to his followers what his death was all about. They hadn’t understood what he’d said to them up to this point, but this meal, and their repeating of it thereafter, would soak it deep down into their imaginations. What you do, and particularly what you eat and drink, changes the way you think and feel. Jesus wanted them, and us, to know at a level much deeper than mere theory that his death was the true Passover, the time when God acted to rescue his people from slavery once and for all, and that we are not merely spectators but participants and beneficiaries. When we come to the table, as Paul said to the Corinthians, we truly share in his body and blood (1 Corinthians 10.16). We are shaped and formed, together and individually, as Passover-people, as rescued-from-slavery people, as dying- with-Jesus people.

For a community to be formed and shaped in that way is perhaps the most powerful thing that can happen to a group of people. Again, that’s why it’s so easy to distort it, to allow squabbles and muddles and even betrayals and denials to creep in and spoil it. Sometimes the church has made its sharing of this meal into such a wonderful work of art that everyone is thinking about how clever the art is rather than about how awesome Jesus is. Other Christians have over-reacted to this, and come to the meal, when they have to, almost casually or flippantly, like someone whisking through an art gallery with a cheerful comment about the pretty paintings. We all need, constantly, to find our way back into the heart and meaning of this meal. As Jesus makes clear in verse 29, this meal is the prelude to the coming of the kingdom — which must mean that Jesus himself, and Matthew in shaping his gospel the way he has, saw his death, interpreted in this Passover-fashion, as the final act of kingdom-bringing.

Certainly, that is the implication of 28.18. Jesus’ death is the final overthrow of the powers of darkness, which is why his resurrection then establishes him as the one who has all authority in heaven and on earth. However puzzled we may be (if all this is anywhere near the truth, we should hardly expect to understand such a huge and mysterious thing straight off), we are called to share the meal, to stay focused on Jesus as the rescuer, the kingdom-bringer, and so to encourage one another to be kingdom-people. To be Jesus-people.

TODAY
Help us, gracious Lord, to come to your table in gratitude and love, that we may be formed into your people and be strengthened in your service. 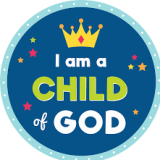 I was born in Italy to a very dysfunctional family.
Father Musician mother singer for the Jazz bands that my father formed, for some years.
My life story could be a book as big as War and Peace, lol It will come out I hope clearly as I blog with my friend Ike. I am praying for guidance because this small blog is my testimony as well so, I pray for the Spirit of God to guide me in when and how I will write anything at all.
I love Jesus with a passion the few know of. He is all to me with a perfect second in my husband Toby, one of many gifts from the Father. I hope if anyone will follow, This love Blog will bring a smile and Hope in someone's life. One day, I saw the "light" I recognized that there was a God and He loved me, little sinful me!