“If there ever comes a time when the women of the world come together purely and simply for the benefit of mankind, it will be a force such as the world has never known.”  – Matthew Arnold, poet and cultural critic, 1822-1888.

Growing up, I loved strong female characters. As a child bookworm, I started with the adventures of Lucy Pevensie from C.S. Lewis’  The Chronicles of Narnia, then graduated to some of the classics. I loved the wit of Elizabeth Bennet, the integrity of Jane Eyre and the willpower of Scarlett O’Hara – to name a few recognisable examples.

I confess that as a twenty-something, my love of strong fictional heroines hasn’t waned in the slightest. My inner child was ridiculously excited about the  Wonder Woman  movie last year.

Appreciating strong fictional characters is fairly universal, and we only need to count all the superhero movies over the past few decades to note that humanity has an intrinsic love of heroism.

Last week marked International Women’s Day and whilst I have numerous concerns about feminism, IWD is still an opportunity to honour women, and to talk about some of the issues it seeks to raise.

On International Women’s Day I found myself listening to church leaders as they spoke about God’s heart for women. Amongst all the wonderful insight they shared with the group was this fundamental reminder: There is a war against women, and it’s a spiritual one, going right back to the enemy’s temptation of Eve in Genesis. After the Fall, the Lord told Satan, “And  I will put enmity between you and the woman, and between your offspring and hers; he will crush your head, and you will strike his heel.”  (Genesis 3:15).

Lisa Bevere writes in her book  Girls with Swords:  “Enmity is deep-rooted hatred and irreconcilable hostility. This describes a breach so profound that with each passing generation, Satan’s hostility and hatred deepens as he runs out of time and the urgency increases. Never has his attack against women and children been more wicked, obvious, and widespread.”

A mere glance at the list of evils facing women today around the world – human trafficking, pornography, abuse, gendercide, FGM, oppressive religious systems – will demonstrate that the enemy certainly has a vendetta against women. This doesn’t excuse humanity’s part to play – those who have oppressed, silenced, exploited and demeaned women. But at its root, this is a battle that goes much deeper, and man is not the enemy.

We are not called to partake in the ‘progressive’ movement, which is only driving divisions between men and women deeper still. We are not merely to condemn or mock the culture either. Both of these tactics are worldly and destructive.

The good news is that the cross redeems us from the curse of the Fall. As Christ’s Kingdom ambassadors, we are called to redeem and restore what has been tarnished and destroyed. Our mandate is to co-labour with God in restoring all things to His original design. To the one who thinks like the world, this seems counter-intuitive, backwards or regressive. To the one who is kingdom-minded, it is true progress.

Some of the injustices that need addressing are obvious and have already been mentioned. Others are more subtle and start ‘closer to home’.

Much has been said of how men should treat women – and rightly so. But less is said about the power women already have to instigate change in whatever sphere of influence they are in. I think the popularity of the fictional females I loved growing up is largely down to how they responded to adversity, not how they felt about it.

Whether or not you feel as though you’ve had to fight for your place, it doesn’t define your worth. In the Kingdom of God, you already have a place at the table, and there’s more than enough for everyone. Knowing this gives us permission to celebrate ourselves and one another. There’s no need for insecurity when God says you are enough; no need for jealousy and comparison when God has enough for you.

So let’s lift other women up, amplifying one another’s voices instead of muting them. Romans 12:10 (ESV) says ‘Outdo one another in showing honour’ – if we’re going to compete with one another in anything, let it be in this.

Much of the answer to winning the war on women lies in becoming less ‘me-centred’  (my  rights,  my  convenience,  my  choice,  my  happiness), and more other-centered. To do the right thing when it’s hard, inconvenient and costs something. That’s not what we’d prefer to hear. We want easy fixes, comfort and ease. But that’s not the gospel. That’s not the way of the cross.

Bevere continues in Girls With Swords:  ‘Heroes tend to champion causes rather than themselves. Being motivated by something outside themselves drives them to risk being more daring, compassionate, willing, responsible, and courageous.’

Movies that depict true heroism are popular for a reason.  Wonder Woman was by no means perfect, but I think it  resonated with so many because it appealed to something in us that aspires to these key traits of courage and selflessness. The movie celebrated men and women working together – Wonder Woman respected, befriended and loved men, even as she raised her voice in objection to the injustices and cynicism she encountered. Wonder Woman wasn’t screaming ‘down with the patriarchy’. She championed everyone around her whether or not they ‘deserved’ it.

Wonder Woman  also seemed to kickstart a trend of displaying the power of female unity through its depiction of the Amazons, who reappeared in  Justice League. It’s nice to see this trend continue in  Black Panther  with the Dora Milaje warriors – both ‘armies’ defend not only themselves but  mankind. I love it when filmmakers unintentionally convey the heart of God and I hope to see more of this in future.

But more importantly, I hope that we move beyond the fantasy of film and work towards making these values manifest.

If you gain nothing else from this post, remember this: Change starts with you. 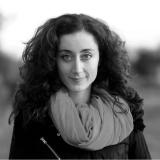 2 replies on “Championing Women Is about Restoration, Not Progression”

Thank you! Exactly. God is for men and women working together in unity, not in opposition.

Excellent, Camilla. I completely agree. Reducing oppression in one sector does not mean down with everyone else. We all win the spiritual battle when we value and cherish male and female alike.