Something is either true or it isn’t. There is no third option.

This can get dicey and offend people very quickly, but that doesn’t change the truth. Subjective truth is a lie that people cling to, covering their eyes, declaring they are fine as they walk off a cliff.

How can I write something so bold? How can I tell you that any notion of “relative truth” is nonsense?

A simple thought experiment will help explain this. Let’s say that you are a believer in “subjective truth”, that something can be true for you, but not true for me. In essence, we make our truth. Truth can be this way one day, and change the next. What you believe is good for you, and what I believe is for me, and we should just let that be. These are your beliefs.

Let’s also say that I am not a believer in “subjective truth” and oppose you. I maintain that truth is consistent. That the truth is unchanging, regardless of time, space, cultural differences, and such things. What is true, is true.

To stir up trouble, a third individual enters and holds the same views as you. She is a believer in “subjective truth”. Then she says, “Killing children is okay.”

For me, hearing “killing children is okay” immediately strikes me as wrong. Jesus taught that all killing was wrong, even going so far as to say that hatred of a brother was sin (Matthew 5). The very idea that killing kids would ever be okay is such a bad, wrong, evil idea, that it is just a lie to suggest otherwise.

But now, you, as the believer in subjective truth, must decide. Is killing children okay?

Is that a truth that can exist alongside other truths like, killing children is always wrong?

Would you allow such an idea, something that churns and turns your stomach, something you know to be wrong, to be called truth?

If you believe in subjective truth, try telling yourself that it is fine if someone in the world thinks that killing kids is okay. And then sit comfortably with that idea, that someone is out there, killing kids, believing that they are doing nothing wrong.

This is where subjective truth falls apart. This is where the hypocrisy lies. Because no one in their right mind would be okay with the killing of children. No one would say that is acceptable to anyone. Subjective truth cannot bear the weight of such an idea.

The truth is that no one should ever kill children. It is wrong. Across time, space, cultural differences. It is wrong, evil, satanic, whatever other words you would use. Killing kids is absolutely wrong. And that is an absolute, unchangeable truth.

That is the folly of subjective truth. Here comes the hypocrisy.

As you think about how to decide about this third individual claim that killing children is okay, you actually are facing a much bigger dilemma.

But, if you say that some subjective truths are wrong…could yours be wrong too?

Will you assert the absolute truth that killing kids is wrong? Or go against what you say you believe. Can it be okay for some people and wrong for others?

Consider these things, and consider this the end of the thought experiment.

The Bible tells us that God has written his Law in our hearts. Even people that have never read the words of Jesus still have an understanding because God hasn’t hidden this away from them. God has inscribed it on their hearts; some things are wrong, some things are right, some are true, and some are lies.

“For it is not those who hear the law who are righteous in God’s sight, but it is those who obey the law who will be declared righteous. (Indeed, when Gentiles (non-Jews), who do not have the law, do by nature things required by the law, they are a law for themselves, even though they do not have the law. They show that the requirements of the law are written on their hearts, their consciences also bearing witness, and their thoughts sometimes accusing them and at other times even defending them.)” – Romans 2:13-15

There are absolute truths that do not change, regardless of time and space or cultural differences. There are some truths that are bigger than you and me and our opinion of things. To say that all truth is subjective is to stand on the very shaky ground. The hypocrisy, the inability to hold it’s self up to a simple test, shows just how weak and feeble this idea is.

We shouldn’t settle for a truth that changes with the wind. We shouldn’t be okay with a truth that is relative to who we are, where we are, or when we are. We should build our lives on nothing than absolute truth. We should anchor our lives to the truth that doesn’t depend on us. The best place to start doing that is found in the person of Jesus.

Jesus answered, “I am the way and the truth and the life. No one comes to the Father except through me.” – John 14:6

Cling to Him, the unchanging Truth, and abandon the hypocrisy of subjective truth. 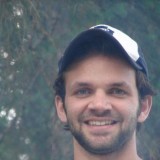 13 replies on “Would You Kill A Child? The Folly and Hypocrisy of Subjective Truth”

It is sad that this is going on in the Comments!!

You also skip over the flood, Sodom and Gomorrah, and Egypt. You can’t pick and choose, either. And my answers and reflections are from studying, as well. But, not just that, because scholastic studies only lead you to the world’s mind and limits.

Hate me if you wish, but I’ll close with this:
Yay, learning from Billy Graham. But, Billy, you’re filthy garbage that wreaks of dead flesh without the Holy Spirit.

More good questions Brady. We may disagree on what some of these words mean, like sovereign or even what Godâ€™s purposes are. All things that need more space than a comment section to answer. Keep following my work and weâ€™ll see what we can learn together.

I totally agree with you on this: God is always greater, far greater than our measly attempts to rationalize and logic things. Some of the other things, we may need to agree to disagree for now. Iâ€™ll see about addressing some of these questions in a later blog. Hopefully we can continue this conversation there.

One last thing…
If God’s character is so leveled, as to completely understand it (since you so easily and simply stated it’s not his character), how can those things not serve “his purpose,” yet, He’s sovereign and NOTHING happens without His consciously allowing it or purposely doing it?

I get angry at the lady who is embarrassed by my three-time name change, but God allowed it for SOME reason I DO NOT understand. So, I have to wait until He reveals some stuff to me.

I say this to you, but it’s up to you to even consider there may be more to be revealed than you initially thought, and THAT is where HE pulls me out of the way…

Love will show that, not little ole, insignificant Brady.

I think that Abraham and the requested Sacrifice was just an analogy of Jesus and the Father’s Sacrifice. Abraham trusted God and God, in His faithfulness did not allow that to happen because of Abraham obedience,that’s what I think and studies.

No, that went into the direction that I said would be a whole different thing and would need to include a different scenario for those two you mentioned in your post.

But, since you opened that box… Here goes MORE on the TRUE character of God and not the pick-and-choose god people want to believe in. According to your logic, then, the flood and Sodom and Gomorrah (a whole city) does not count because it does not specifically mention children? Even if you do try to skip over that one, did you forget the plagues in (specifically the firstborn killed) in Exodus?

I wasn’t looking for an answer. I was looking for you to see your own logic, since your questioning theirs. Truth is Truth, yes, but you cannot bend it to your own understanding of Him.

The ONLY absolute? He’s Greater, in all ways.

Good question Brady. Iâ€™ll do my best to answer. First, we need to remember Godâ€™s character. God is love. Godâ€™s desire in the Abraham story is not to kill a child. God is the author of life, not death. Godâ€™s purpose for asking for Abraham to kill his son was different from the get-go. God was during all of this as a test of Abrahamâ€™s faith. Did Abraham believe, trust, have faith in God enough to fulfill the promise of a son, a nation more numerous than the sand, even if Abrahamâ€™s son was dead? Now, as far as where does Godâ€™s request of Abraham fit into what this was all about: at no point does God act outside of His character, God did not desire, intend, want Abraham to kill his son. That was no his purpose. God upholds his commandments of not killing anyone, and his character of love. Nothing in Godâ€™s actions violates the absolute truth that murder or killing of anyone is wrong. There is nothing subjective about that. There are many things about the culture, Abrahamâ€™s background, and Godâ€™s purpose to understand about this particular story, but nothing in it suggests that God wanted anyone dead. (Hope that answers your question. Ã°Å¸â„¢â€š)

I agree with all my heart. Now they want to abort babies with down sindrom. I am devastated as I had Abortions myself before knowing the Lord,Killing children is more then immoral or atrocity is in my opinion the gravest of my life’s sins. God IS good.

I actually like this. The back and forth, considering each and looking at each truthfully. But, then, where does God’s request regarding Abraham’s son fit? If their just mentioning killing children seemed wrong to you, just using that for the sake of “argument,” how do you view that? (And, you can’t use his not going through with it then because you’d have to have a scenario with two who said that and did/didn’t go through with it, which will turn into an even longer never-ending “example”)