Did you know that in the early days of baseball, the batter signaled the pitcher where to throw the ball?   That’s right, he actually told him where he wanted it!   He held out his bat to show him.   As the sport of baseball progressed, however, the batter had more and more obstacles to overcome – for example, the curve ball!   As pitching the ball became more complicated, hitting the ball became more difficult.   This illustration points us to a modern-day problem.

Many People Believe That They Can Determine What They Want Life to Give Them.   but the Believer in the Lord Jesus Christ Who Expects His or Her Christian Life to Be Easy Is in for a Shock!

James, the half-brother of Jesus, addressed his letter to the Jews who were living outside the Promised Land because of the persecution of Christians.   He was writing to Christian Jews.   They had been filled with sorrow and fear as they quickly packed up what belongings they could carry, and fled with their families from their homes and their cities.   They were now living in countries outside Palestine and were beginning their lives over again.   The word “scattered”, in verse 1, is the Greek word “diaspora”, and it carries the idea of “scattering seed”.   When the Jewish believers were scattered at the beginning of the persecution, it was really the sowing of seed in many places; and much of that seed bore fruit as many gentiles heard the Gospel and received the Lord Jesus as their personal Saviour and Lord.   So God’s purpose in these trials was to deepen their faith and dependence on Him, and to use them as His witnesses to the Gentiles, fulfilling His Great Commission (Matthew 28:18-20).

James tells us, in verse 2, to expect trials.   He does not say, “if  you fall into various trials”, but “when you encounter various trials”.   We can’t always expect everything to go our way.   Some trials come simply because we are human.   Sickness, accidents, disappointments, and even tragedies are the lot of the human race, but God uses them to deepen our trust and dependence on Him.   Other trials come because we are Christians.   Satan fights against us and the world opposes us, and this makes for a life of battles.   But the victory comes from God as we rely on Him.

Are you undergoing trials in your life at this moment?   Are there physical, mental, or emotional ailments or conditions that place limitations on your daily living?   Are you experiencing any opposition or ridicule because of your Scriptural stand on social and moral issues?

You’re not alone!   As you well know, the trials of life are not all alike.   They are like the multicolored yarn that a weaver uses to make a beautiful oriental rug.   God arranges the colours and experiences of life.   The final product is a beautiful thing for His glory.   Have you ever looked at the underside of an oriental rug?   The patterns are unclear and there are loose ends of yarn dangling.   We are looking at the wrong side of life!   Only God sees the finished pattern.   Let’s not judge God, or His workmanship in our lives, based upon what we see today.   His work isn’t finished yet!   The following poem says it beautifully:

“My life is but a weaving
Between my God and me.
I cannot choose the colors
He weaveth steadily.

Oft’ times He weaveth sorrow
And I in foolish pride
Forget He sees the upper
And I the underside.

Not ’til the loom is silent
And the shuttles cease to fly
Will God unroll the canvas
And reveal the reason why.

The dark threads are as needful
In the weaver’s skillful hand
As the threads of gold and silver
In the pattern He has planned.

He knows, He loves, He cares;
Nothing this truth can dim.
He gives the very best to those
Who leave the choice to Him”

May God give us the desire and the enabling to live above our circumstances and find joy in serving the Lord Jesus and bringing glory to Him.   May our countenances be lifted, and the expressions on our faces be that of peace and joy because He lives and reigns in us.   May we find His grace to be sufficient for all our needs. 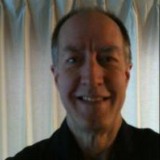 Donâ€™t you hate it when things donâ€™t go your way? I did too. I was a complainer; I would complain as soon as things didnâ€™t go the way I wanted them to. I would get irritated, jealous and even angry when things didnâ€™t go my way. With the hope of being set free more and more, I can press on, rejoicing in all of the circumstances that life brings. I can begin to see my daily life in the same way the apostle Paul did: â€œFor I consider that the sufferings of this present time are not worthy to be compared with the glory which shall be revealed in us.” Romans 8:18. This mindset will bring a blessing that â€œmy own way” never could! God Bless

Thank you for sharing, Jodyann. You’ve certainly chosen to go His way – the way of life, joy, and peace. Philippians 1:21

God has certainly changed your life, and filled it with joy, peace, and purpose. Thanks for sharing the blessings of your personal experiences.

Love the truth and relevance!

Thank you. There is so much encouragement to be found in God’s Word! That’s why I keep digging!

Thanks Brother. May to lord continue to bless your ministry.

Thank you. I’ll do my best and trust God for the rest.

Interesting. Keep up the good work!

Thank you for that appropriate photo, and for presenting my article so beautifully.